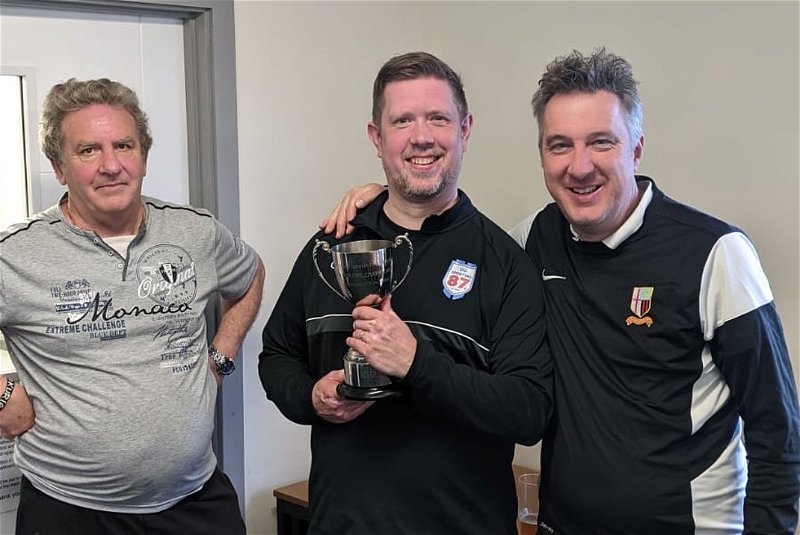 Sporting 87 First Team secured the SIL Division 1 title on Saturday the 26th of March, after a 4-2 home win against fourth placed AFC Kesgrave. This comes a week after Sporting confirmed their promotion into senior football for the first time in the Clubs 35 year history. First Team manager Jon Warnock, pictured on the far right above said "We have been there or thereabouts for the last three or four seasons". In the last completed season in 2018/19, the First Team finished third place, only behind second placed Bildeston Rangers on goal difference.

Jon went onto say, "we've been fortunate to keep that squad together and have added one or two to build from a position of strength. It's something we've been working towards over many years and yes, it was emotional last Saturday, but also an incredibly proud moment". 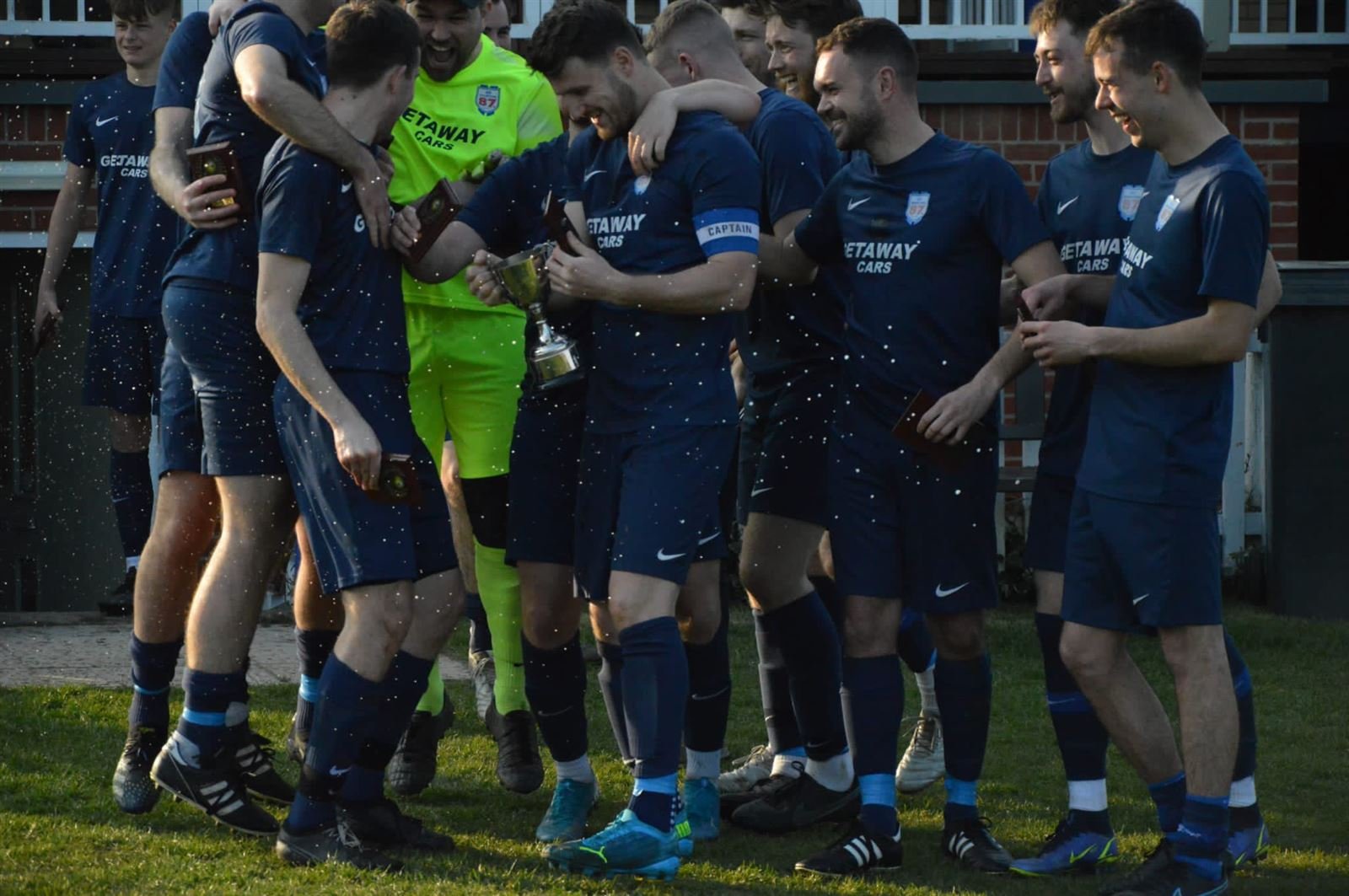 Away from the First Team, the Reserve and A team are also having brilliant seasons. At the time of writing both the Reserves and the A team are second in their respective leagues. Sporting 87 would like to thank all of the coaches, players and volunteers who have made this success all possible this season.